iOS 16 Is Finally Here: What Should You Know?

iOS 16 Is Finally Here: What Should You Know? Key Points After months of anticipation, iOS 16 is finally here! If you’re using an iPhone 8 or later, you can update to the newest version of iOS right now. New features include Messages, Maps, and more improvements. iPhone. One word. So many different meanings. For […]

iOS 16 Is Finally Here: What Should You Know?

iPhone. One word. So many different meanings. For some, it’s a status symbol. For others, it’s a life-saving tool. For many, it’s a way to stay connected to the people and things we love. With that being said, there is always a sense of excitement when a new iOS update is released because it has the potential to improve the way we use our iPhones. Now that iOS 16 is here, let’s look at some new features and changes it brings. 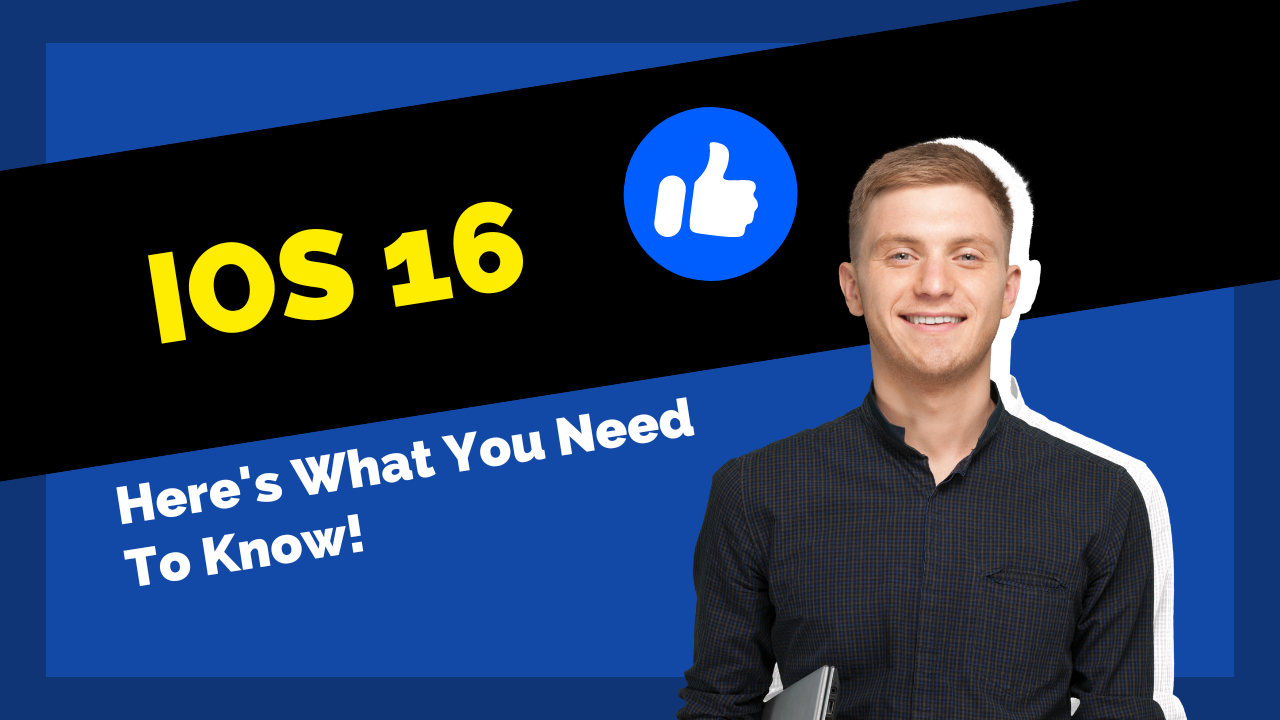 One of the biggest changes in iOS 16 is the addition of widgets to the Home screen. With iOS 14, Apple introduced a new way to view and customize your widgets, but you still couldn’t put them on your Home screen alongside your apps. Now, with iOS 16, you can add widgets to your Home screen and stack them on top of each other. Plus, new Smart Stack widgets use on-device intelligence to surface the right widget at the right time based on your usage patterns.

If you use Apple Maps, you’ll be happy to know that there are some new features in iOS 16. One of the most useful is multi-stop routing. This allows you to add multiple destinations to your route, and Maps will give you the best way to get there.

Another new feature in iOS 16 is Live Text in Videos. This lets you select text from a video and perform actions like copying, looking it up, or sharing it. This is a handy feature if you come across an interesting quote in a video or want to share something you saw with a friend. Also, data detected in photos using Live Text can be used in other apps, so you can quickly find more information about something you see in a photo.

With iOS 15, Apple introduced Focus mode, a new tool to help you stay on task and avoid distractions. With Focus mode, you can choose which apps and notifications can send notifications and alerts. iOS 16 builds on this feature by adding the ability to schedule Focus mode. So, if you know you need to focus on a task at a certain time, you can set Focus mode to turn on automatically.

There are also some improvements to the Lock screen in iOS 16. One of the most welcome changes is the ability to customize your lock screen. Users can now add widgets to their lock screen, choose custom fonts, and apply their favorite filters. Another welcoming change is the addition of haptic feedback when you press the Home button or the Lock button. This provides a physical confirmation that you’ve pressed the button, which can be helpful if you’re not looking at the screen.

In addition to all of the new features and changes in iOS 16, there are many new features and changes to Messages. With iOS 16, you can now go back and edit your messages after you’ve sent them. Just tap and hold on to the message you want to edit and select the “Edit” option. You have 15 minutes to edit a message after you’ve sent it. After that, the message will be locked, and you won’t be able to edit it. Sometimes we don’t realize we’ve made a mistake in a message until after we’ve already sent it, so this is a welcome addition.

Another big change in Message is the addition of the Undo Send feature. This feature has been available in other messaging apps for a while, and it’s finally arrived in Messages. With Undo Send, you can recall a message after you’ve sent it. Just tap and hold on to the sent message and select the “Undo Send” option. While you are given 15 minutes to edit a message, you only have 2 minutes to recall a message after you’ve sent it. So if you realize you made a mistake right after sending a message and need to delete it, you should quickly recall it.

iOS 16 has already shaken up the iPhone operating system with its many new features and changes. Apple has also made some changes to how Siri works. With iOS 16, Siri is now more contextually aware and can provide more useful information.

The above are just a few of the many highlights of the latest iOS update. There are many more new features and changes in iOS 16.  So, if you haven’t already, update to iOS 16 and enjoy its new features! If you own an iPhone 8 or later, you can update your phone to the new software by going to Settings > General > Software Update and following the prompts. As always, be sure to back up your device before updating.